What Makes Pakistan amongst Most Sought-After Tourist Destinations? 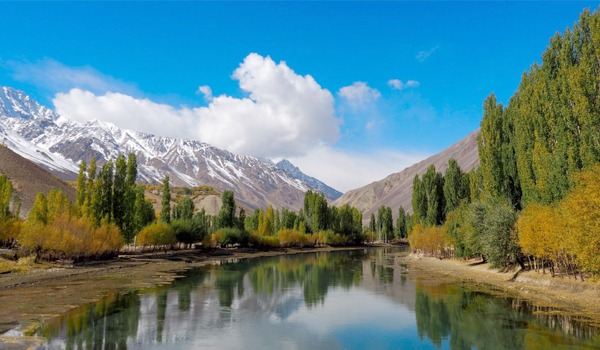 Pakistan is blessed in a number of ways, especially it has all that makes complete and breathtaking scenery such as deep green valleys, fertile land, swirling rivers, expansive docks, swanky beaches and snow-capped peaks. This extraordinary landscape appeals to locals who head to the north in both hot and cold season to either see the snowfall or escape the extreme heat of Punjab and Sindh. Not just locals but foreign tourists have also acknowledged the beauty of this tourist destination, thus Pakistan has emerged as one of the most sought-after tourist destinations consecutively over the past few years. 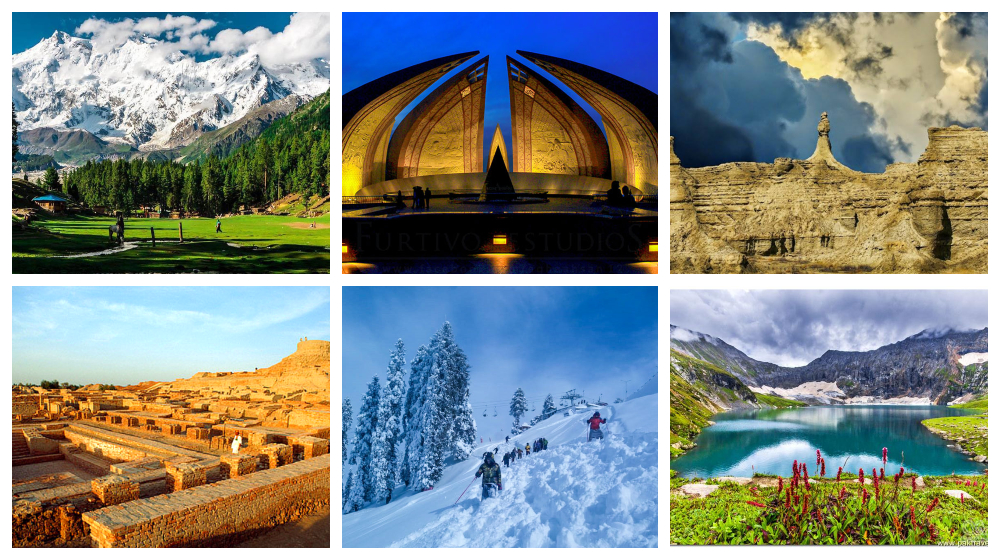 Seeing the media hype and international tourists’ interest, the government of Pakistan promised to speed up the development work in the North, which would attract new tourists, foreign investment in tourism-affiliated businesses and better-paying employment opportunities for locals, who have lost jobs due to Covid-19. Prime Minister of Pakistan Imran Khan has recently shared his plans to develop and promote tourism in the country and ease visa restrictions for foreign travellers.

What does the world say about Pakistan as a tourist destination?

These efforts will surely mean the tourism sector in Pakistan will show exponential and speedy growth over the years.

Lonely Planet has termed Pakistan as “tourism’s next big thing”.

And the British Backpacker Society has declared Pakistan as the world’s third-best potential adventure destination for 2020.

According to statistics, in 2015 0.5 million foreign tourists arrived in the country and just in a short span of 4 years, the world tourism monitoring agencies recorded more than two million foreign tourists visited Pakistan during 2019. The numbers could be increased in 2020 but Covid-19 put a halt on both local and international flights, which affected the tourism industry the most. 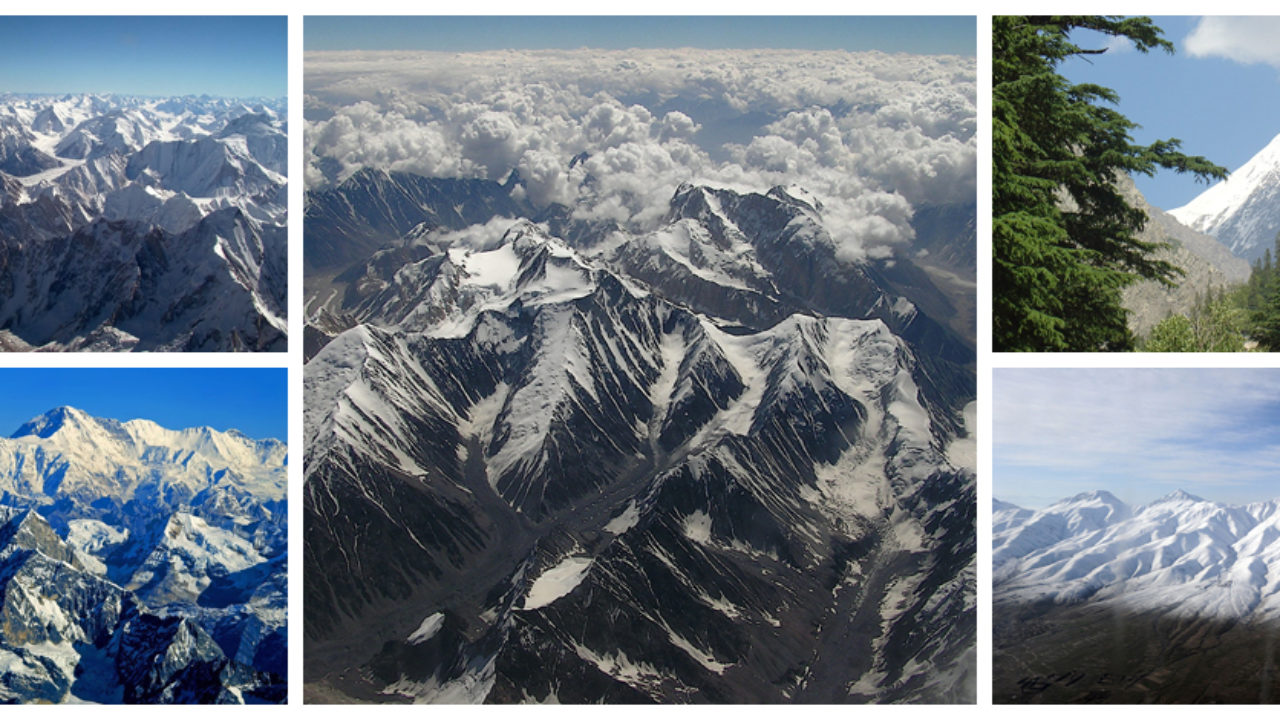 K2, being the second-highest peak in the world that existed in Pakistan, the country boasts 5 out of 14 highest mountain peaks in the world. The country hails mountain ranges that include the most famous Himalayas, Karakoram and the Hindukush. Mountaineers visit Pakistan throughout the year but the most favourable season starts from March that lasts till September for trailing and hiking.

The picturesque valley of Swat 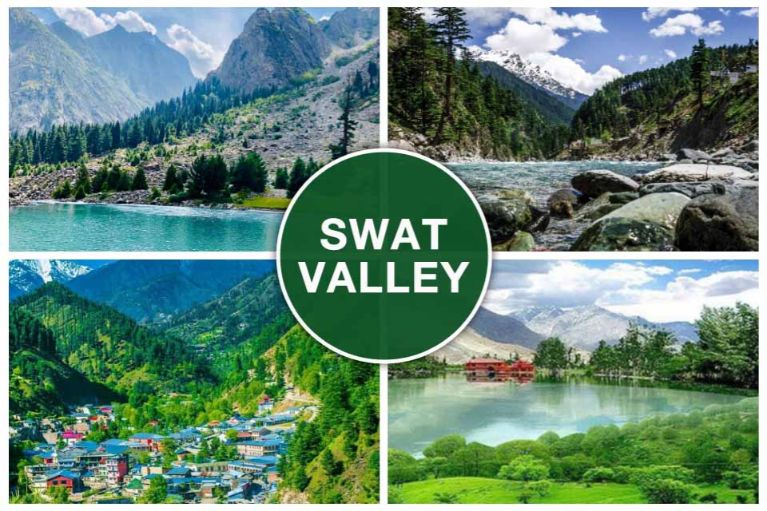 The stunning Swat valley, located in Khyber Pakhtunkhwa, is something that can’t be described in words. It is marvellous, it is picturesque and it is something that has been drawn for a fairy tale. Imagine wandering through the lush green fields and thick forests, mesmerizing villages, freshwater lakes and swirling rivers depicting the shades of azure – so clear and bright that you would not believe them real.

Kalam, the most populous town of the valley, serves as a base for travellers planning to explore this valley deeply. From Kalam, the tourists can reach Boyun Village, also known as Green Top, through a short drive or an uphill walk. Upon reaching the top, you will experience one of the most beautiful and serene views in the world along with breathtaking views of the valley beneath.

If you want to see something beyond greenery, plan your itinerary to reach Kandol Lake and Spindhor Lake. Kandol Lake is accessible via jeep track but to explore the real and unexplored gem of Spindhor Lake, you need to cross a 2 hours trek. Whatever suits you, but we assure you will reach one of the most beautiful tourist destinations in Pakistan.

Want to wander in the forest? Ushu Forest is the right choice, which is thick and full of deodar trees. There are several villages that make the boundary of Ushu Forest along the very famous Kalam River that you can visit to make your trip worthwhile.

Pakistan boasts the highest trade route in the world

In the recent past, an 806 kilometres long Karakorum Highway is constructed along the ancient Silk Road linking Pakistan to China. It is termed as the highest trade route between two countries in the world. In close proximity, there lies Mintaka Pass along the fabulous Silk Road that also linked Europe to Asia and on this road, a large number of historic tourists travelled to access both regions. Few of the very famous tourists include Marco Polo in the thirteenth century, the Chinese Monk Fe Hien in the fourth century, and Arab historian Al-Beruni in the eleventh century.

The very popular flora and fauna

As it was previously mentioned that the country is blessed with the best of everything. It does not just boast snow-clad peaks but Pakistan is rich in vegetation and fauna. The Himalayas, the Karakoram and the Hindukush ranges, the alpine meadows and coniferous forests and the vast Indus plain merging into the great desert, the coastline and the wetlands across the country – all offer a rich variety of flora and fauna including avifauna.

If you have visited Pakistan, you must know about the hospitality and generosity of people there. It is because Pakistan is the land of love and hospitality. It is the resting place of several spiritual saints from all regions, be it Islam, the 3,000 year-old Hindu Tiraths; Buddha's followers attaining 'nirvana' buried underneath the ruins of Gandhara civilisation; or Baba Guru Nanak Ji, the founder of the Sikh religion, who was born in Nankana Sahib. Pakistan has always been striving hard to preserve historical sites and places of religious importance such as a church, shrine, tomb, Gurdwara, temple, mosque, museum or fort.

Highlighting just a few of these places in Pakistan is not an easy task as everything turns out to be amazing in this country. Therefore, it is only considered as a small sample of what Pakistan offers to the tourists, which spellbinds the tourists and they look forward to visit this country again and again. However, I would recommend that as soon as the situation allows, you must visit Pakistan and surely hit a few of the above-mentioned places and do not forget to share your experience with us. I am sure in a land of wonder, there is much more to discover.

If you want to share your experience with us, do write us at contact@homespakistan.com but if you are looking forward to get your hands on Pakistan real estate market news, do visit our Facebook page. 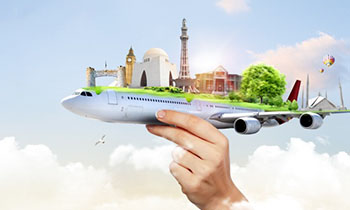 Travel Guide: Are You Thinking to Travel to Pakistan