Peshawar BRT - A Promising Project But Launched in Haste 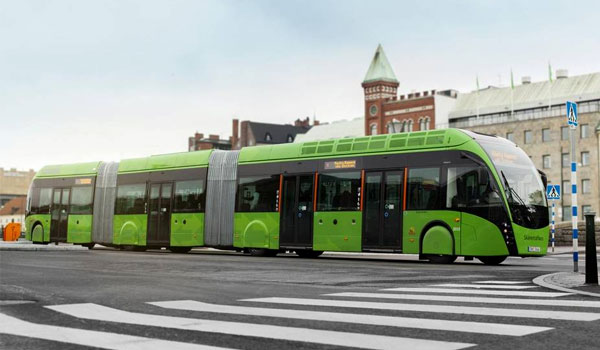 It is recently learnt that Peshawar Bus Rapid Transit (BRT) is a politically motivated project that was launched without acquiring any professional data, any detailed design or gathering any report. Therefore, during inspection and investigation of Peshawar BRT project, serious procedural violations have been identified. Since inception, all activities were conducted in a haphazard manner, ended up in construction of useless structures, which could not be properly utilised.

Recently, the Peshawar High Court raised objection on the functionality of the project, highlighted 58 points and 35 questions regarding this project. In response, the Peshawar Development Authority (PDA) has submitted 20-page point-wise replies to the objections. In report, the PDA claimed that the project was properly planned, a feasibility report was already conducted, a preliminary engineering design in the beginning, and a detailed engineering design later on, were also prepared. The per kilometre cost of the main corridor was estimated at only Rs1.04 billion.

The PDA also stated that a proper pre-feasibility was conducted by the Cities Development Initiative for Asia (CDIA), jointly supported by the Asian Development Bank (ADB), German and Swedish Development authorities, through a grant of $372,000 and was completed in May 2014. Subsequently, a feasibility study was conducted by the Desain Mobilitas Indonesia, the BRT Planning International and Think Transportation through a grant of $0.5 million, which was completed in January 2017. Thus, prior to execution of the project, pre-feasibility and feasibility studies as well as preliminary engineering design were available.

The original PC-I (project cycle-1) was based on the preliminary engineering design and the feasibility report, which had already been completed and were available at the time of PC-I preparation. Furthermore, the PC-1 was also discussed in the Provincial Development Working Party (PDWP) meeting on March 28, 2017, and was recommended for approval at a cost of Rs56.80 billion. However, the Central Development Working Party (CDWP) and the Executive Committee of the National Economic Council (Ecnec) approved the same at a reduced cost of Rs49.453 billion in their meetings, held on May 3, 2017 and July 10, 2017, respectively.

The PC-1 was revised later due to increased scope of work and inclusion of an additional co-financer i.e. the Agence Française de Développement (AFD). It is also noteworthy that the actual amount of loan so committed i.e. $335 million by the ADB and €130 million by the AFD had remained the same, and not changed at all.

Answering about the change in plan, the PDA stated that the basic reason for change in the design was social demand, site constraint and enhancement of the work scope. The Mott Macdonald developed the preliminary design, prepared by the Project Preparation Technical Assistance (PPTA) into a detailed design, which was vetted and approved by the third party design review consultant and also by a committee. The Mott Macdonald was assigned the task by the Asian Development Bank and not by the PDA.