Encroachment is Illegal – Ignorance of Law is No Excuse! 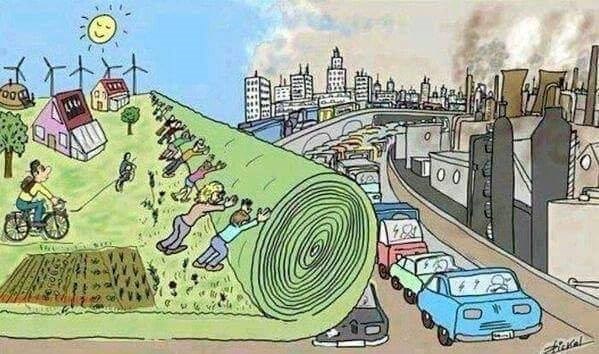 The news stirred confusion among general public, who were not well-aware about the encroachment, anti-encroachment laws and how to curb the menace. Let' s analyse the term deeply and how encroachment affects the real estate sector.

You may know and be aware of land grabbing, as it is a general practice here. Not just the individuals grab land illegally, but few developers have announced to develop residential societies on land that does not belong to them. The issue begins when the developer starts advertising his project and people start buying property, which does not exist.

Not just Lahore Development Authority (LDA) but all other development authorities and civic bodies have clearly specified construction guidelines, so you must go through these guidelines before starting construction of your property.

It may seem to be an ordinary thing but it is a terrible thing that you can do to original property owner. If you are using a property that originally belongs to another person, the case has to be registered with the police. After proceeding, the court will return the land to the original title owner.

For instance, you must have heard about people encroaching Pakistan Railways’ land which can also be used by the department for expanding the railway network or to provide accommodation to the government employees.

These all things come under encroachment so beware of committing any such thing due to which you will have to face serious charges.